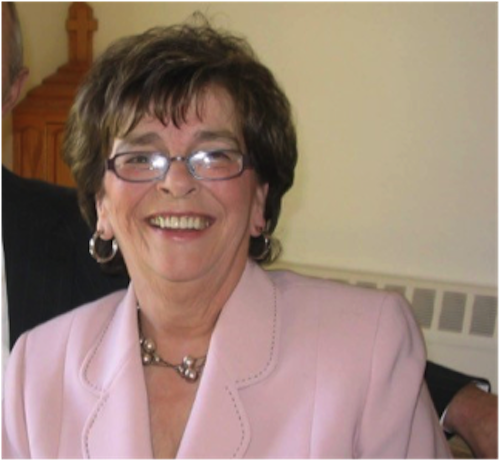 If you were asked to describe St. Joseph’s Hospice Sarnia Lambton in one word, what would it be? Supportive? Comforting? Compassionate? Ask the family and friends of Wendy Hughes, and their response might be healing.

Wendy was diagnosed in 2010 with inflammatory breast cancer, and was given a poor prognosis given the aggressive nature of the illness.  She continued living independently in her apartment while receiving treatment and care in Sarnia and London.

In 2016, Wendy developed an infection and was hospitalized, being admitted to the Palliative Care unit.  According to her children, Hospice was the next logical step but it was important for it to be her decision, her choice.

As soon as Wendy arrived at Hospice, she acknowledged the change and said it was the best day of her life. “After all those years of struggle, when she arrived, she could focus on being, reflecting,” says her children.

Wendy couldn’t believe the amount of kind people that were at Hospice, and that the care she was receiving was all at no charge. She kept asking what the hitch was.

She had soldiered on for so much of her illness, and it had become difficult for family members and friends to see her trying to maintain her routines. “Her move to Hospice came at a time when we felt she couldn’t do it anymore”, said her children. “Then, all of a sudden, all we had to do was be with her.”

“The nurses, doctors, staff and volunteers made this one of the most wonderful experiences of her life,” they added. “Everyone made the transition from independent living to round-the-clock care so positive. It was so nice to be able to step back, from taking care of her, to simply caring for her.”

For immediate and extended family outside of Sarnia, it was a comfort knowing Wendy was in good hands when they could not be at her side. Hospice also offered a welcoming and comforting place for family to reunite after travelling from across the country to spend time with Wendy.

“The staff and volunteers made us all so comfortable,” says son, Ryan.

As for Wendy’s grandchildren, Hospice allowed them to experience this part of the circle of life and be more comfortable with the topic of death. “My children can talk openly about their Grandma’s death, and Hospice helped them not be fearful,” says daughter, Natasha.

“Of course, we would have preferred to have her with us longer than we did, but St. Joseph’s Hospice provided a dignified, loving way for her to die,” says friend and caregiver Amy. “It gave us back the relationships we wanted to have with her, and offered us two months to grieve, with help and support. It’s a healing place.”

"I was hesitant at first...I wanted to deal with it on my own but there was too much pain and I gave in. I love group."